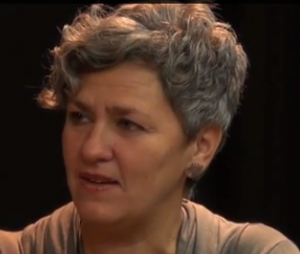 Silvia is Assistant Professor of the Department of  Epidemiology and Data Science of the Amsterdam University Medical Centers, Location AMC, University of Amsterdam. She leads the e-science research line, supervises PhD students,  and teaches courses at the AMC Graduate School and Medical Informatics Bachelor and Master Programs. Silvia is mainly interested in the usage of advanced information technology in scientific biomedical research.

Silvia was born in Porto Alegre, Brazil. She graduated in Informatics at the Federal University of Rio Grande do Sul (UFRGS, Brazil) in 1982. After working industry (EDISA, BR) as a software engineer, she went back to study on a Master’s degree Computer Graphics at UFRGS, BR. Her dissertation was about 3D computer animation (1987), which remained her main research topic at INESC, Lisbon, PT (1988-1989). Computer graphics continued to be her interest as a lecturer and researcher at the Informatics Institute at UFRGS, BR (1990-2002). From 1994 on, her interests moved into Scientific Visualization and Image Processing, with focus on medical applications. She obtained a PhD in Computer Science in 1999, at the Intelligent Sensorial Information Systems at the University of Amsterdam, NL, with the thesis Human-Computer Interaction for the Segmentation of Medical Images. From April 2002 until February 2005 she worked as a research fellow at the Image Sciences Institutes, UMC-Utrecht, NL, in medical image segmentation (CT). In March 2005 she joined the Virtual Laboratory for e-Sciences project at the Informatics Institute of the University of Amsterdam, NL. Her main interests since then are situated in the field of e-Science, in particular the exploitation of distributed infrastructures and new methods for data analysis in biomedical research applications. In 2007 Silvia moved to the Academic Medical Center of the University of Amsterdam (AMC), and in 2009 she joined the AMC as assistant professor of the Dept of Epidemiology, Biostatistics and Bioinformatics, which is currently merged into the Dept of Epidemiology and Data Science of the Amsterdam University Medical Centers. During her career Silvia has also visited various organizations as researcher, for example the San Diego Supercomputing Center (UCSD, USA), the University of Calgary (CA) and the University of Sao Paulo (USP, BR). She has been advisor to the president of the Hospital de Clinicas de Porto Alegre, BR, on topics related to e-science and data-driven research in biomedicine and hospital management. Silvia currently leads the e-bioscience research line, and participates in  European projects funded by the H2020 program.